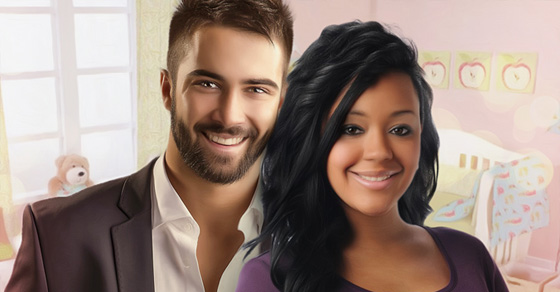 Meg wasn’t sure whether she was surprised or shocked. She was quite sure she had not been dreaming when Julie told her she could not get pregnant…maybe ever. She raised an eyebrow and looked into Julie’s tear filled eyes.

Click here to get Billionaire Baby Bump in full now.

“What did you say?” she asked. Julie handed Meg the envelope she had in her hand as a tear rolled down her cheek.

“I’m pregnant,” she said in a whisper as Meg pulled the document out of the envelope and looked at it.

“Oh my God,” she said under her breath. She looked up and smiled at her best friend. “Julie, you are going to be a mother,” she said excitedly.

Another tear rolled down Julie’s cheek as she nodded.

“I know,” she said excitedly even though she wasn’t sure whether the feeling she had was excitement. Meg leaned forward and gave her a hug. It was a bit longer than she expected it to be but at that moment, she didn’t really care. She pulled away and looked at Julie.

Julie shook her head. “I don’t really know. I have no idea how this usually goes.”

“I think it would be a good idea if we visited your OBGYN, considering the last time you saw her she told you that this might not be a possibility.”

“Yeah, that sounds like a good idea,” she nodded, feeling overwhelmed by her emotions. She looked at Meg, laughing and crying at the same time. She was unsure of what feeling she had exactly. It was like everything in her life had come to a complete stop. She was not sure whether to be happy, excited or worried. She suddenly began breathing hard and fast. Her heart was beating so hard she was afraid she would pass out.

“Hey, hey,” Meg said as she took both of Julie’s hands in hers. “Relax. Slow deep breaths,” she said in a smooth calming tone. She could almost understand what Julie was going through. She had a similar reaction when she found out she was pregnant, but she also knew that for Julie, it was way more intense. There was a big chance of a miscarriage right there and then. She looked at Julie as she took slow deep breaths until she relaxed. “Lean back and strap yourself in,” Meg said as she turned to buckle herself in. “You okay? You need some water or something?”

“Actually, yes. A bottle of water would be great right now,” Julie said in a low voice. Meg reached for her purse in the back seat and pulled out a bottle of water before she handed it to Julie.

“I also have gum in here. It would be great for that nausea,” she said.

“What?” Meg asked as she pulled out of the driveway.

“Grant Memorial. That’s where my OBGYN is based,” Julie said.

“Sure,” she said in a low voice. “So, I have to ask and I don’t mean to pry or anything,” she started, making Julie turn to look at her. “Are you going to tell Steven?”

Julie took a long deep breath and shook her head. She was not ready, at least not yet. She needed to be sure that he was going to be a father and not just raise his hopes for nothing. She knew that the worst possible thing would be to raise her husband’s hopes and then shoot them down in a few weeks. She looked at Meg and shook her head.

“Let’s just hear what Dr. Solloway has to say first,” she said.

Meg smiled and reached for Julie’s hand. “Whatever you want.”

“And you can’t tell Ellis either,” Julie said. She was now giving Meg one of those looks that said ‘you better do this if you know what’s good for you’. Meg frowned and then groaned. “Seriously, Meg. You know that the minute Ellis finds out he will tell Steven and I just need to know what all this means before I mention it to anyone,” she said.

Meg nodded and drove to the hospital in silence. She knew that she was scared and the worst thing was that she had no idea how she was supposed to help her.

By the time they got to the hospital, Julie had managed to convince herself that she was relaxed but the cold sweat on her forehead and rapid heartbeat were telling another story. Meg held her hand as they walked towards Dr. Solloway’s office. In her head, Julie was trying to figure out the right words to say. She was still not sure what she was supposed to say or if the test was even accurate. When they got to the reception area of Dr. Solloway’s office, she was there handing her assistant a patient’s file. Julie could tell she was a bit surprised when the doctor saw her.

“Hi Dr. Solloway. I need to see you…right now,” Julie said. The doctor looked at her and nodded.

“Sure. Right this way,” she said as she guided Julie into her office. “Um and this is…” the doctor started, looking at Meg.

“Oh, I’m sorry. This is my best friend, Meg. I’d really like it if she was there for my consultation…or whatever,” Julie said as she looked at the doctor. “Please. This is important to me,” she added in a low voice.

Dr. Solloway looked at her and then at Meg before she nodded.

“Come on in,” she said as she held the door open for them. “So,” she started when they all sat down. “What’s going on?” she asked as she looked at Meg and Julie.

“Well, I…” Julie started but she could not quite make out what she was supposed to say. “I need a pregnancy test.”

“I just came from the emergency room and these are my results,” Julie said as Meg handed the doctor the envelope containing her results. “I was just sick and nauseated but…” Julie went on before she shook her head. 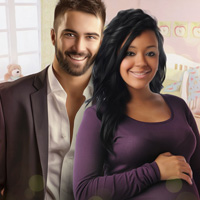 Dr. Solloway pulled out the result slip from the envelope and looked through it.

“Oh my God,” she said under her breath. Even she was having a hard time believing what she was looking at even though she was the most qualified person in the room.

“I need a second opinion. Before I tell anyone, I need to know for sure,” Julie said as she looked at the doctor. Meg gave Julie’s hand a reassuring squeeze.

“Go on. I’ll be right here. After all, all you are doing is peeing in a cup. I don’t think I can help you with that,” she added with a smile.

“Don’t forget the jab with the empty syringe attached to it,” Julie said as she stood up and followed the doctor out of the office.

She was a nervous wreck as she took a seat in one of the exam rooms outside the office. She rolled her sleeve up and made a fist as the doctor looked for a vein. She must have had a lot on her mind because she didn’t even feel the needle piercing her skin. She felt herself gag at the sight of her own blood filling the empty syringe.

“Remind me to give you something for that,” Dr. Solloway said as she handed Julie a plastic container.

“Let me guess, this is where I pee?” Julie said.

“Right through there,” Dr. Solloway said pointing at a bathroom. Julie smiled uncomfortably and walked out of the exam room and into the bathroom. She was a bit too nervous that even peeing proved almost impossible. She splashed some cold water on her face when she was done and looked at her reflection in the mirror.

“You can wait with your friend. It will be about half an hour before I get the results,” she said.

Julie smiled and nodded before she walked out. As she walked back into the doctor’s office, she felt her phone vibrate wildly in her pocket. She pulled it out and looked at it.

“Shit,” she thought when she saw who was calling. She took a seat and looked at Meg.

“Everything okay?” Meg asked as she looked at her.

“Yeah. Just waiting for the results,” Julie said, putting her phone back into the pocket. “The doctor said it would be maybe half an hour.”  Her phone vibrated in her pocket again and she pulled it out and hit ignore before putting it back in her pocket. “What if all this was a hoax?” she asked.

Meg frowned. “Why would anyone be that mean?”

Julie forced out a laugh.

“The world can be annoyingly cruel,” she said.

“Why is your boss calling me?” she asked as she looked at Julie.

“Because she tried calling me and I ignored her calls,” Julie said before exhaling loudly. Meg shook her head. “Don’t do that. Meg don’t…” Julie said trying to reach for the phone but it was too late. Meg had already answered it.

“Hi Dana,” she said as she gave Julie a judgmental look.

“Meg, hi. Sorry to call you this early. I know that nine thirty is practically the middle of the night for you,” Dana said. Meg smiled.

“If you weren’t so far away I would punch you,” she said still trying to keep the phone away from Julie who was waving her hands wildly trying to send a message that Meg didn’t want to hear.

“I’m trying to reach Julie. She had an early meeting with me but she never made it and she is not taking my calls,” Dana said. “Have you heard from her at all? Or could you maybe swing by her place and make sure she is okay?”

Meg looked at Julie and took a long deep breath.

“So you have spoken to her?” Dana asked. Julie’s arms dropped to her side signifying that she had given up her fight.

“Actually, I am with her. She wasn’t feeling well and I had to rush her to the emergency room.”

“What? Is she okay?” Dana asked. She sounded genuinely concerned.

“That’s what we are trying to figure out,” Meg said. She heard Dana take a long deep breath and then exhale into the phone’s mouthpiece.

“Okay…just…tell her I’ll swing by a little later in the day,” she said.

“Will do,” Meg said giving Julie a look that made her realize how wrong she was.

“Yeah sure. Here she is now,” Meg said quickly before Julie had a chance to think otherwise. She handed the phone to Julie who seemed reluctant to take it. “You don’t have to tell her. Just…she is your friend too, not just a boss,” Meg said as she put her hand over the mouth piece.

“Hi Dana,” Julie said when she took the phone from Meg.

“Hey…are you okay?” Dana asked. Her voice was full of concern and worry.

Julie looked at Meg and felt the guilt wash over her.

“I’m fine. I was just feeling really…nauseated in the morning and weak.”

“Really? Could you maybe be anemic or something?” Dana asked.

“Maybe. I’m just waiting for the bloodwork to come back.”

“That’s good to hear. Though I really wish you would have sent me a message or something,” Dana said. Julie felt even guiltier.

Enjoyed that? Want to read the rest? Then click to get this BWWM pregnancy short story now.

Want much longer Saucy Romance Books? Ones with real story matched with hot love making scenes? Then get 5 of them emailed to you now:

Send this to friend