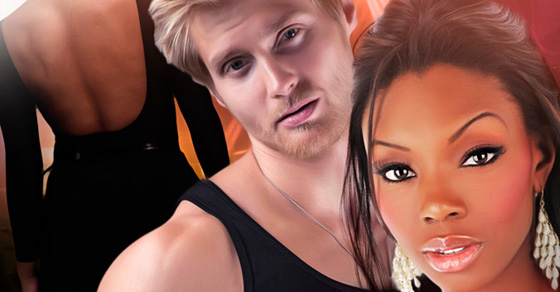 Linda woke up to start another day. Not that she really wanted to. She didn’t know which was worse – waking up alone or being alone. Despite having daily chances to compare the two for the last seven months, she still hadn’t made up her mind.

Click here to get With Her, With Me in full now.

There were good parts of living alone and she reminded herself of each as she got out of bed. She could walk around the house naked, which she did as she padded to the kitchen to make sure the coffee had started on the timer. Which it had not. So she hit the “on” button and made her way to the bathroom. Today’s Second Good Thing about living alone:  no one to complain that the coffee wasn’t ready.

After voiding her bladder (with the door open, Good Thing Number Three), she turned on the water in the shower. It would take a few minutes to warm up and she hated getting in a cold shower. Good Thing Number Four: no one complaining about her wasting water.

While she waited for the water to attain her preferred temperature, Linda took a look at herself in the mirror.  Most women were a bit critical of themselves in the looks department but Linda found fault more in her mental and emotional attitude than in her body. She was a beautiful black woman and she knew it. She had curves in the all the right places and very little of her twenty seven year old body had given way to gravity. She drew appreciative glances and inappropriate comments when she walked the street or entered a room.

Linda’s single state was of her own choosing. While she had plenty of opportunity, she lacked the confidence or desire a relationship needed, even a one night temporary relationship. Devan cheating rocked her to her core. She hadn’t quite figured out how to get past that.

Linda piled her hair on top of her head and hopped in the shower. As she soaped up, she contemplated, for the two hundred and fifteenth time since the divorce, why Devan did what he did. She had been faithful and in love with him. She desperately wanted to have children, and each conversation about it got more and more intense. She didn’t understand why he had changed his mind about kids. They had talked about it before they got married, and then suddenly he didn’t want to talk about it anymore.

She pushed, and she knew she was pushing, for the last year of their marriage, so in love that she didn’t want to admit defeat and make a choice between him and her dream of motherhood. Then the choice was made for her. She got home from work just in time to see that skanky whore in her house, helping Devan move his stuff out. Linda had no clue he was cheating until that moment.

But once she knew, there was no going back. She threw him out, and literally stuck her foot right on that woman’s back end and pushed her down the front porch stairs. Linda’s hurt and confusion found an outlet in her raised voice and the bimbo’s crass comebacks as they fought in their front lawn. The neighbors gathered and they basically flash mobbed Devan and that thing into her car and out of the neighborhood.

She didn’t see Devan again until the day their divorce was final, in court. He wouldn’t even look at her but didn’t appear ashamed either. And he kissed the bimbo out on the courthouse steps afterward, right in front of her.

That was seven months ago and she hadn’t healed yet.

Part of her still beat herself up for it. The last year of their marriage was tough. She knew she was pushing. Did she drive him to cheat? To find someone who didn’t bring up kids, or sigh when they saw babies being pushed in strollers, or comment “that would be a nice baby name” during movies? Maybe she did.

But he didn’t have to go behind her back either. Devan should have been a man and drew the proverbial line in the sand so that they each could make a mature decision on their future. They may have been headed to divorce anyway; it could have been amiable, at least civil. But he made sure it was high drama. While she blamed herself a little, she could never forgive him for that.

Linda stepped out of the shower, shut off the water and, wrapped in a towel, headed back to her bedroom to get ready for work. She managed a high-end clothing store in the mall, Chic Style. She loved her job. The customers were great to talk to and her staff was knowledgeable, friendly and caring. She loved hearing how happy women felt about how they looked in the clothes in her store and she came home many nights with a big smile on her face, thinking about their reactions. Helping other women look their best was a delight in her life, one of the few things she could say made her feel content and satisfied on a daily basis.

Dressed for success, with a cup of coffee in her favorite to-go mug in her hand, Linda headed out the door. Traffic was minimal this time of the morning, just past the morning rush for the office folk who had to be to work no later than eight in the morning. The mall didn’t open until ten and as long as she was there by nine am, she could get everything done and the store ready to open by the time the shoppers arrived and the mall walkers headed home.

Linda liked the feel of the semi-empty mall.  She could appreciate the ebb and flow of the day, the pattern to the type of customers and people to come in through the day. It was like a microcosm of society. A slice of every demographic shopped each day. When it was slow, she could people watch. She would imagine what each was thinking, what their back story was, and why they were there. It passed the time and kept her entertained. Every once in a while she was tempted to ask someone if she was right but never did.

The morning passed fairly quickly and the store was busier than usual over lunch. Linda spent her time helping women select items, get different sizes and advising on what looked good and what didn’t. She was always honest – tactful, but honest. No sale was worth anything else. As such, she had quite a few regular shoppers that asked for help when they were in the store. She enjoyed the interaction but when things finally slowed down, she realized she was starving. Coffee for breakfast didn’t carry her far through the day.

“Diane? I’m going to head the food court. Do you have everything okay here?” Linda asked. Diane was the shift lead and had been at the store even longer than Linda. A pleasant older white woman, Diane had the sort of easy going personality that made everyone from sixteen to sixty feel welcome in Chic Style.

“Sure, Linda, take your time. You’ve been running like crazy today!” Diane admonished. “We’ll be fine.” 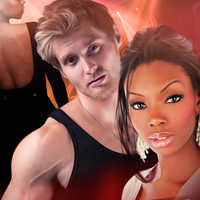 Linda nodded and turned to leave. Preoccupied with her mental choice between a big greasy burger and a salad, she didn’t see the lady the next aisle over, entering the store as Linda was exiting.

Linda knew she should know that voice but not exactly why. Nor could she explain the deep down, not so good feeling she got automatically after hearing it. But the lady was in her store and that made her a customer so ignoring her gut, Linda turned and looked at the woman with a big smile on her face.

“Linda, it’s me! Do you remember me? It’s Delina, Delina Long,” the woman exalted, holding her arms wide open for a hug. Linda looked at her for a moment. The woman wore a short black skirt and fashionable red top. The earrings dangled and the several bracelets adorning her left wrist jangled as she reached for Linda. The makeup was impeccable, hair all in place and she smelled of jasmine and vanilla as she closed the gap and wrapped her arms around Linda.

“Oh my gosh, how have you been, girl?” Dee gushed. “It’s been forever since college! I see you’re still in the mall.”

Linda had worked in the food court during college. She accepted a job in the jewelry store at the end of this wing and when Chic Style advertised for a management trainee, she jumped at the chance to use her newly acquired business management degree. She had been here ever since.

“Five years isn’t really all that long, Dee,” she said, stepping back and smiling. She held Dee at arm’s length. “You are looking good.”  Linda wasn’t sure how she felt about running to Dee again. Dee had been a bit of a wild child in college. They were not roommates but lived on the same dorm floor. A good person at heart, and a lot of fun to be around, she was the social butterfly of their college cohorts. Linda had run into many different guys coming out of Dee’s room when she was headed to class in the morning. Not judging; that was just Dee.

“Maybe not, but it feels like it. Headed out for lunch?”

“Yeah, it’s been a long day so far and I haven’t had anything but coffee. Just a quick bite though.”

Linda internally rolled her eyes. She had hoped for a quiet few minutes but knew that was not going to happen now. Not that she minded catching up but she would have liked to wind down first.

Dee chattered all along the walk to the food court.  After college, she moved to Chicago but couldn’t hack living in that big a city. Six months later, she came home, got a job as a paralegal in the local law firm and went to law school. Linda and Dee ordered a slice of pizza, soda and breadsticks. She was getting ready for the bar exam but not in a rush to take it.

“I get paid pretty well, I don’t have to pretend to believe the liars that say they aren’t guilty when they sure as shit are, and I can leave work at work. So I’m not messing up a good thing,” Dee said as they settled in at a table.

“That works,” said Linda. “I really like being here too. I feel like I’ve found just the right job for me.”

“Good for you!” Dee said. “What about the right guy? Last I knew, you married that Devan guy, but I don’t see a ring.”

Want much longer Saucy Romance Books? Ones with real story matched with hot love making scenes? Then get 5 of them emailed to you now:

Send this to friend