There are plenty of romance books out there with great black protagonists – both heroes and heroines. But what about the people behind the stories? The authors of these books are often overlooked in favor of the story, but you might be surprised to know how many of your favorite authors right here at Afro Romance Books are black too. We’ve compiled a list of our top ten, so if you like what you see here, be sure to check them out!

Oana Reyes has penned several great books for Afro Romance Books, but her most popular title is Worth the Fight, an urban romance that follows the love story between Shauna and the alpha male who becomes the object of her affections: Ricky. Ricky is an underground street fighter, and Shauna knows if they’re going to be together it’s her job to get him into a league that will look after him, not to leave him to get seriously hurt – the only outcome if he stays where he is. If this story sounds like it might be up your alley, the book is available to purchase on Amazon.com, where you will also be able to find more of Oana’s stories very soon.

One of the more prolific authors for Afro Romance Books, J A Fielding has written several popular titles in the BWWM genre, including threesome romance Two Billionaires and Me; the military romance Ex White Soldier and Deep Obsession, a billionaire romance. However, J A Fielding’s most popular books by far are the titles in the Steven series, which follow billionaire Steven and his romance with strong black woman Julie (a staple for J A Fielding’s books, but truly exemplified here). Their journey spans years and features romance, marriage, pregnancy, and raising a child as well as all the small things in between, so if you’ve never checked out J A Fielding’s books before it’s definitely the recommended place to start.

Ashlie Brookes has also produced several popular books for Afro Romance Books, in the African-American subgenre. Her book A Match Made in Heaven – an urban romance – has 4 stars on Amazon.com and features a steamy love story between Janelle Peters, a music producer, and Reece James… the male contestant on her brand new dating game show. Another one of her popular books is Two Weeks to Love, a billionaire marriage romance set in London that will be sure you sweep you away on a whirlwind adventure with her wonderfully written characters.

A long-time writer for Afro Romance Books, Cher Etan has penned a number of great titles in the BWWM genre, including The Baby He Wants; The Billionaire’s Surrogate; and Forgotten Love. Cher’s most popular series, though, is the Tony, Her Russian Billionaire series that has 5 stories for you to devour. The series follows the romance of Sophie and Tony, a handsome Russian billionaire with some unfortunate ties to the Mafia. The books take you through their courtship, marriage, pregnancy and all of love’s other ups and downs. If you’re looking for a high-stakes romance to really sink your teeth into, the Tony, Her Russian Billionaire series is probably just the ticket.

Simone Iwu’s BWWM romance book The Baby They Bonded Over will warm your heart and some other areas as you read the story of Nadia, a woman so desperate to get her ex-boyfriend off her back that she enlists the help of Jeremy, a billionaire, to get her pregnant and pose as her new boyfriend. What starts as a fake relationship blossoms into so much more, and the way their story unfolds will make you a fan of Simone’s writing in no time.

Shannon Gardener has several great books for you to check out in the Christian romance genre – all featuring strong African American protagonists! Some of her books include Faith; The Singer; and Marrying Her Billionaire Church Man. However, if you’re new to Shannon’s work, we suggest you check out one of her most popular titles, Second Chances, which is about international model Donna, who after being involved in a terrible car crash that killed her fiancé, decides to devote her life to the Lord. Not only that, but she also manages to find a new relationship with Marcus, a former basketball star. Their love has some twists and turns, but ultimately Shannon Gardener crafts a romantic story with that classic happy ending to satisfy our hearts.

Specializing in BWAM romances (black woman/Asian man), Mary Peart has some well-known romance titles that include the billionaire romance Her Asian Billionaire’s Baby; A Bride for One Season, and Another Man’s Child. Marrying Her Asian Billionaire is probably the most popular of Mary’s books, which is a marriage of convenience story about Kimone, who owns a struggling toy shop. She meets a mysterious Asian billionaire who offers to help finance the business and keep it afloat, he just has one small stipulation: that Kimone marry him. What starts as a business deal soon turns into something much more, so if you want to find out what happens make sure you get a copy!

The last writer on our list is rising star Rochelle Williams, author of such Afro Romance Books titles as Money Over Everything, which is an African American urban romance, as well as the African American pregnancy romance The Billionaire’s Arranged Baby. The Billionaire’s Arranged Baby follows Eva and Andrew, two friends who grew up together. Eva has always secretly been in love with Andrew, but he’s been busy making his billions so nothing has ever happened between them. But with some sly intervention from Andrew’s late father, that might be about to change. This tale woven by Rochelle Williams will be sure to steam up the windows while tugging at your heartstrings at the same time.

If you’d like to check out these authors’ works, or if you’d like to know more about them, be sure to visit their pages on Amazon.com or take a look around BWWMclub.com. We’re sure they’d love to hear your feedback!

Whether it’s billionaires or betrayals, surrogates or sexy strangers, BWWM novels turn up the heat while at the same time exploring the love between people who don’t always get to be in the spotlight. The romances between black women and white men shouldn’t be fetishized or shied away from, which is exactly what these authors…

Looking to get a definitive list of the best recent Afro Romance Books titles so you can catch up on what you might have missed? Then look no further, because we’ve compiled the ten best books in our collection as decided by you, the readers! Take a look below to see if there are any…

Some might consider it a crazy question – how could a harmless romance novel jeopardize anyone’s relationship? But much like the pornography debate, it’s definitely something that some people fear, even if that fear is mostly unwarranted. Of course, one could argue that the relationships portrayed in romance novels depict unrealistic standards that no one… 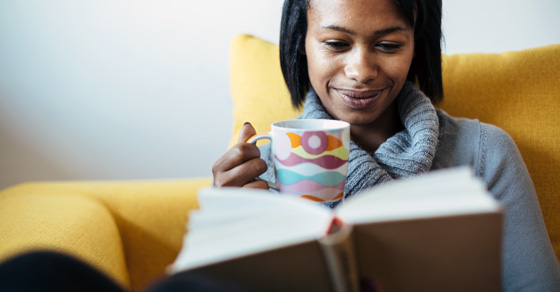 If you’re an avid romance novel fan then we wouldn’t be surprised if you greeted the title of this post with a few eyerolls, headshakes and a deep sigh. Don’t worry, we did too. Until it was bugging us so much that we absolutely had to have a think. Is it possible that romance novels… 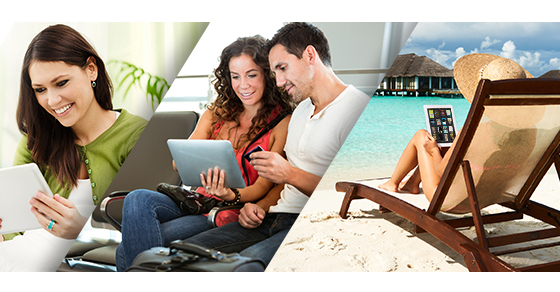 Want to read a Kindle book but don’t have a Kindle? No problem, there is an easy way to read your Kindle book on your computer or phone of choice. You simple need to download a free Kindle app directly from Amazon. This will allow you buy buy Kindle books and read them on your…